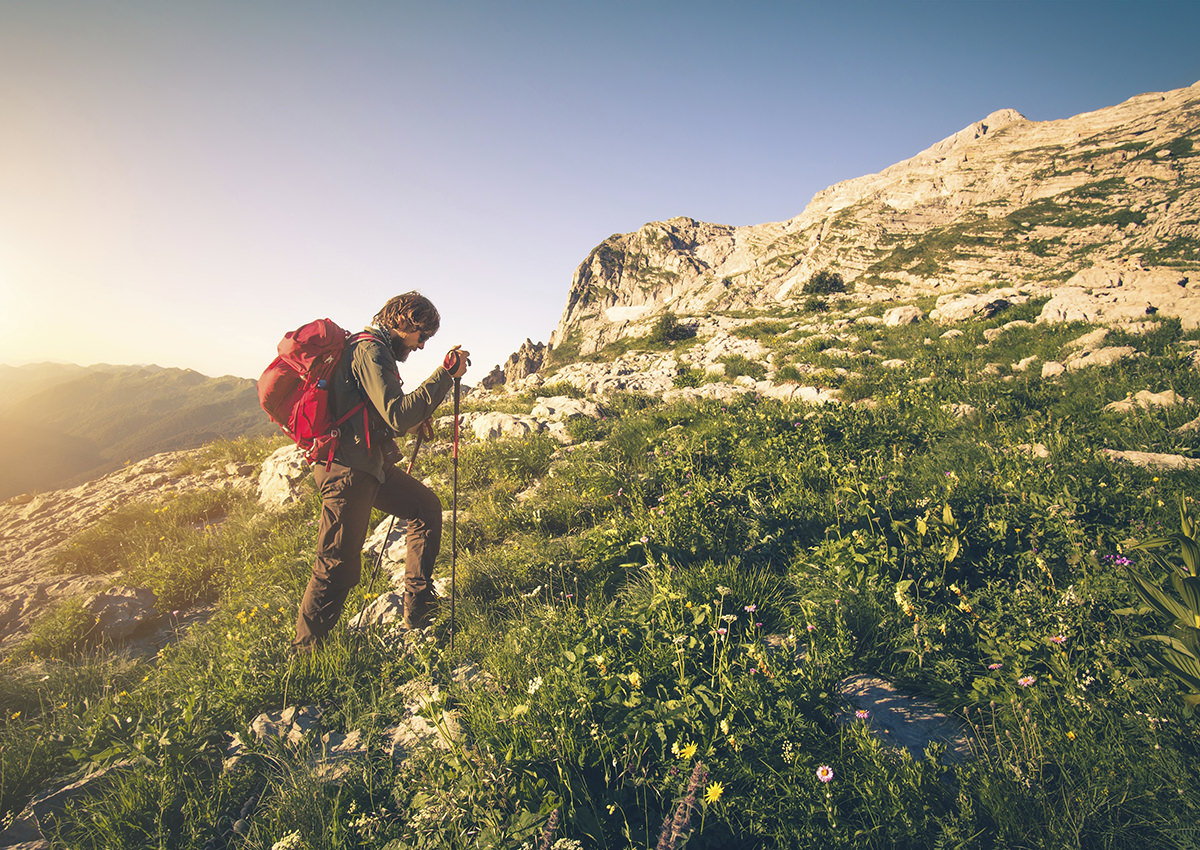 Hiking is the preferred term, in Canada and the United States, for a long, vigorous walk, usually on trails (footpaths), in the countryside, while the word walking is used for shorter, particularly urban walks.

On the other hand, in the United Kingdom, and the Republic of Ireland, the term walking is acceptable to describe all forms of walking, whether it is a walk in the park or backpacking in the Alps. The word hiking is also often used in the UK, along with rambling (a slightly old-fashioned term), hillwalking, and fell walking (a term mostly used for hillwalking in northern England).

In New Zealand a long, vigorous walk or hike is called tramping. It is a popular activity with numeroushiking organizations worldwide, and studies suggest that all forms of walking have health benefits.

The equipment required for hiking depends on the length of the hike, but day hikers generally carry at least water, food, a map, and rain-proof gear.Hikers usually wear sturdy hiking boots for mountain walking and backpacking, as protection from the rough terrain, as well as providing increased stability.

The Mountaineers club recommends a list of “Ten Essentials” equipment for hiking, including a compass, sunglasses, sunscreen, a flashlight, a first aid kit, a fire starter, and a knife. Other groups recommend items such as hat, gloves, insect repellent, and an emergency blanket. A GPS navigation device can also be helpful and route cards may be used as a guide.