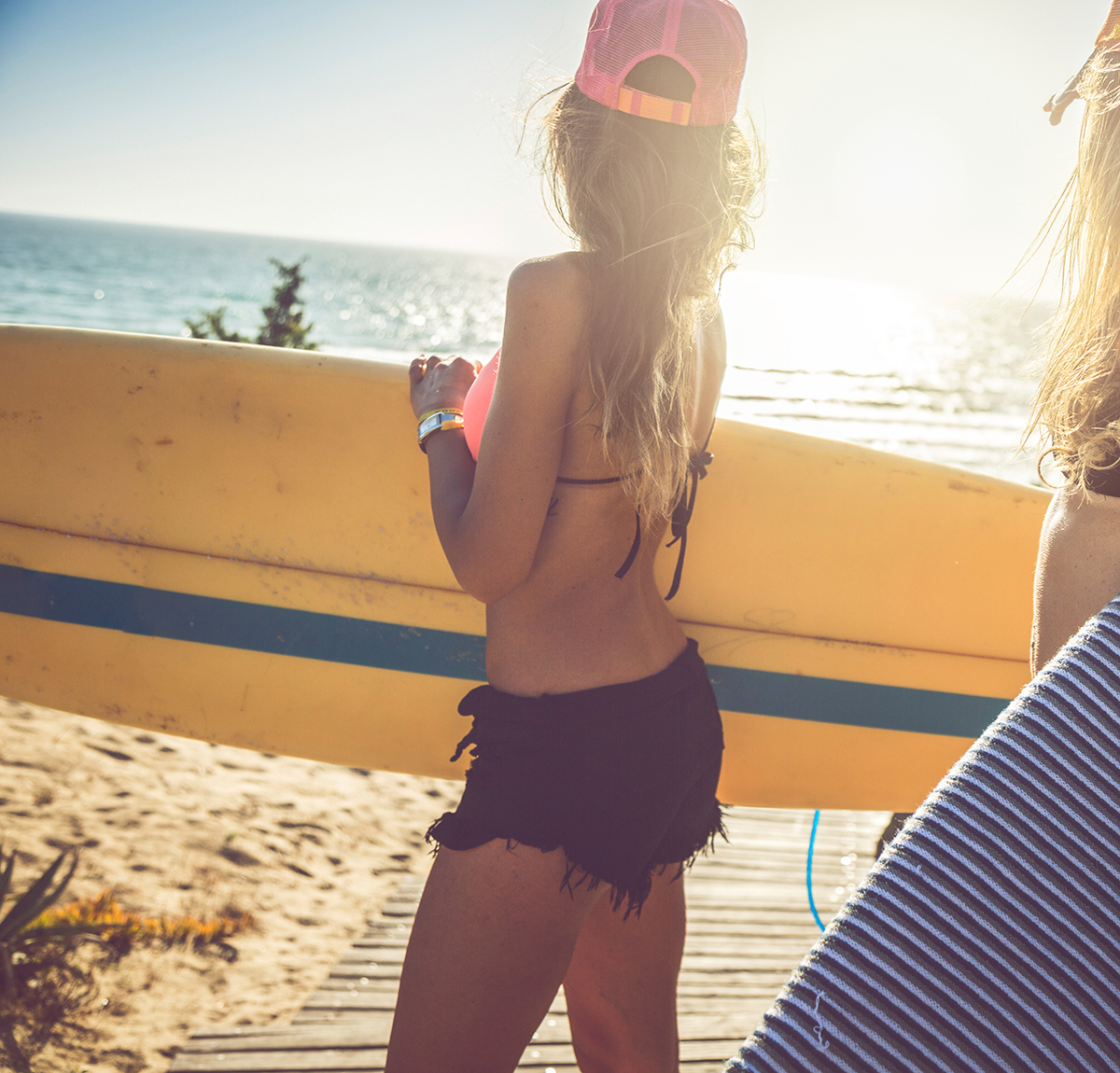 Surfers represent a diverse culture based on riding the waves. Some people practice surfing as a recreational activity while others make it the central focus of their lives. Within the United States, surfing culture is most dominant in Hawaii and California because these two states offer the best surfing conditions. However, waves can be found wherever there is coastline, and a tight-knit yet far-reaching subculture of surfers has emerged throughout America.

Some historical markers of the culture included the woodie, the station wagon used to carry surfers’ boards, as well as boardshorts, the long swim shorts typically worn while surfing. Surfers also wear wetsuits in colder regions. The sport of surfing now represents a multibillion-dollar industry especially in clothing and fashion markets.

The World Surf League (WSL)runs the championship tour, hosting top competitors in some of the best surf spots around the globe. A small number of people make a career out of surfing by receiving corporate sponsorships and performing for photographers and videographers in far-flung destinations; they are typically referred to as freesurfers.

When the waves were flat, surfers persevered with sidewalk surfing, which is now called skateboarding. Sidewalk surfing has a similar feel to surfing and requires only a paved road or sidewalk. To create the feel of the wave, surfers even sneak into empty backyard swimming pools to ride in, known as pool skating. Eventually, surfing made its way to the slopes with the invention of the Snurfer, later credited as the first snowboard. Many other board sports have been invented over the years, but all can trace their heritage back to surfing.

Many surfers claim to have a spiritual connection with the ocean, describing surfing, the surfing experience, both in and out of the water, as a type of spiritual experience or a religion.