A salad is a dish consisting of small pieces of food, which may be mixed with a sauce or salad dressing. Salads can incorporate a variety of foods including vegetables, fruits, cheese, cooked meat, eggs and grains. Garden salads use a base of leafy greens; they are common enough that the word salad alone often refers specifically to garden salads. Other types include bean salad, tuna salad, fattoush, Greek salad, and somen salad. The sauce used to a flavor a salad is commonly called a salad dressing; well-known types include ranch, Thousand Island, and vinaigrette. Most salads are served cold, although some, such as south German potato salad, are served warm. Some consider the warmth of a dish a factor that excludes it from the salad category calling the warm mixture a casserole, a sandwich topping or more specifically, name it for the ingredients which comprise it. Salads may be served at any point during a meal, such as: Appetizer salads (light salads to stimulate the appetite as the first course of the meal), Side salads, Main course salads, Dessert salads.

There are a lot of types of salad such as Green salad, vegetable salad, bound salad, main course salads, fruit salads, dessert salads, composed salad. In which, the green salad or garden salad is most often composed of leafy vegetables such as lettuce varieties, spinach, or rocket (arugula). Due to their low caloric density, green salads are considered a common diet food. The salad leaves may be cut or torn into bite-sized fragments and tossed together. 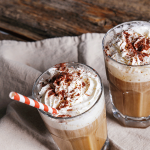 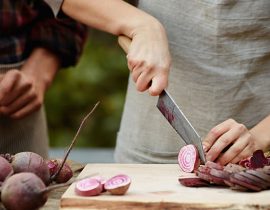 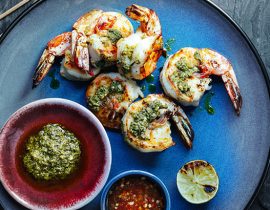